I posted a piece recently on this blog about Growing Up Polish American. One of the things I talked about was a series of photos I had once seen of the ship I came to America on. It was the General H. Taylor, and it was bringing Displaced Persons from to the US Germany after the war. The photos were taken on the day we arrived in America, June 21, 1951.

Here's what I wrote:

Fifty years later, I found a series of pictures in the New York Times archive of the ship we sailed on, the General Taylor, taken the day we arrived. These photographs stopped me. History, the past, had given me a gift. We weren’t in any of the pictures, but we must have brushed against the people who were. We must have stood in line with them, waited for food with them, closed our eyes and prayed with them, worried about what it would be like in America with them.
.
We were all Displaced Persons, country-less refugees, who had lost our parents and grandparents, our families and our homes, our churches and our names, everything. It had all been left behind, buried in the great European grave yard that stretched from the English Channel to the Urals and from the Baltic Sea to the Mediterranean. And here we all were on this former troop ship, coming to start a new life in America. We could not have imagined what we would find and what we would become.


My friend Joe Glaser tracked down the pictures. They appear in a book called The Tumultuous Fifties published by the New York Times. They were never published in the paper, but they were reprinted as a contact sheet in the book.

Here are some of those images: 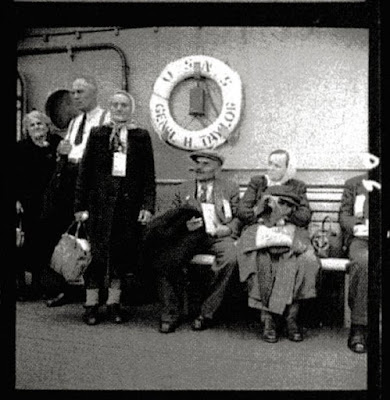 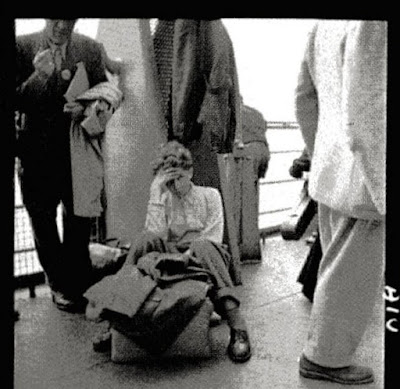 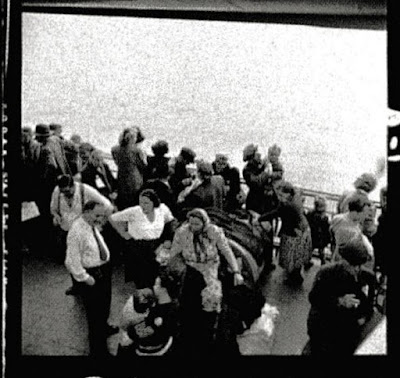 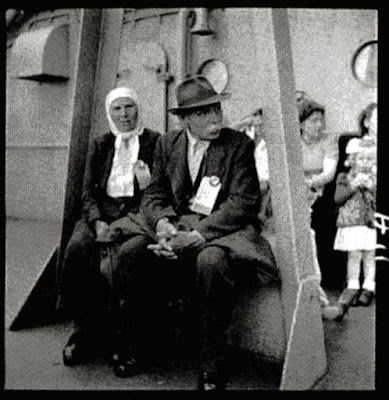 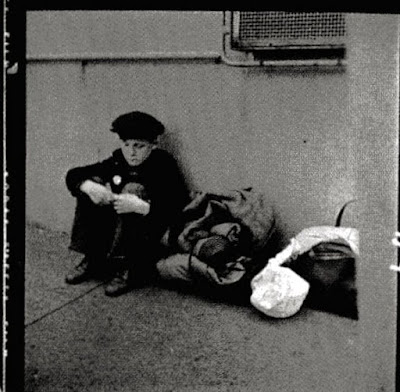 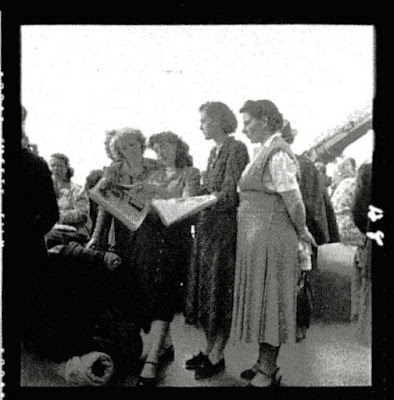 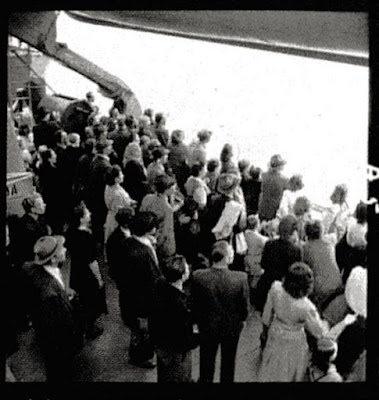 The Tumultuous Fifties: A View from the New York Times Photo Archives by Douglas Dreishpoon, Alan Trachtenberg, and Luc Sante, 2001.

Posted by John Guzlowski at 9:58 AM

what a surprise to stumble onto your site last night as I googled for information on the gen. harry taylor. a bigger surprise to learn that your family arrived in chicago six months after my own.
my serbian parents accompanied my own (eldest) sister Donna, who was then 4 years old, after residing in the paderborn camp for several years.
I have forwarded the link to your blog to my sister so that she, too, might come read about your experience.
thank you for sharing it here.
-L.B.

Dear LB, This is amazing. Drop me a line, share your memories.

As a Polish-American poet and editor I've been reading your blog writings with interest.

I'd like to introduce you to Two Review, an independent annul print journal of poetry and nonfiction. I hope you'll visit our website and submit original work for our consideration.

Also, we would be appreciative if you would share our website and call for submissions with other poets and writers in your creative circles.

I look forward to hearing from you.

So you arrived 6 months earlier. Did your ship come to Ellis island or straght io Michigan.
your growing up in chicago was similar to those in upstate ny. I am oldest of three children.

Sabina, we spent a year or so in Up State New York, on a farm outside of Buffalo. Then my dad reconnected with a friend from the camps who was living in Chicago, and he helped us get to Chicago.