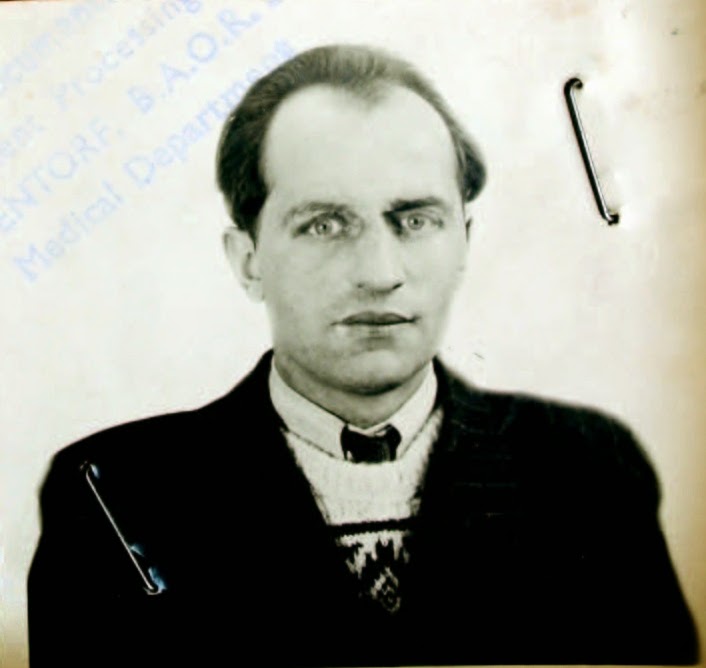 My father spent 4 years as a slave laborer in Nazi Germany.  He was a prisoner in Buchenwald and its sub camps.  He worked in its factories and its field.  He plowed, shovelled, and scrambled through bricks looking for dead Germans.  He did the work the Germans told him to do.

When the war ended, he was 25 years old, weighed 75 pounds, and had only one eye.  He had seen men die singly and in large numbers.  He had seen them hanged, shot, castrated, beaten to death with clubs, and left to stand in the snow till they fell to their knees and died.

I often think about what he must have thought about it all, the long years, the hunger and suffering.  Here's a poem that tries to get at that.

Through the nearest window
my father stares at the sky and thinks
of his dead father and mother,
his dead sister and brother,

his dead aunt and dead uncle,
his dead friend Jashu, and the boy
whose name he didn’t know
who died in his arms, and all

the others who wait for him
like the first light of the sun
and the work he has to do
when the sun wakes him.

He hates no one, not God,
not the dead who come to him,
not the Germans who caught him,
not even himself for being alive.

He is a man held together
with stitches he has laced himself.

—appeared in Echoes of Tattered Tongues, reprinted in the journal War, Literature, and the Arts
Posted by John Guzlowski at 3:54 PM

Excellent! I can visualize your Father just staring out the window with all the flashes of the war going by.