Polish Literature and Me 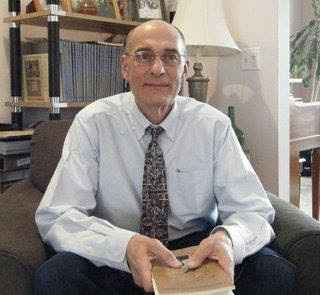 Beginning and the End

After every war
someone has to clean up.
Things won’t
straighten themselves up, after all.

Someone has to push the rubble
to the sides of the road,
so the corpse-laden wagons
can pass.

Someone has to get mired
in scum and ashes,
sofa springs,
splintered glass,
and bloody rags.

Someone must drag in a girder
to prop up a wall.
Someone must glaze a window,
rehang a door.

Photogenic it’s not,
and takes years.
All the cameras have left
for another war.

Again we’ll need bridges
and new railway stations.
Sleeves will go ragged
from rolling them up.

Someone, broom in hand,
still recalls how it was.
Someone listens
and nods with unsevered head.
Yet others milling about
already find it dull.

From behind the bush
sometimes someone still unearths
rust-eaten arguments
and carries them to the garbage pile.

Those who knew
what was going on here
must give way to
those who know little.
And less than little.
And finally as little as nothing.

In the grass which has overgrown
causes and effects,
someone must be stretched out,
blade of grass in his mouth,
gazing at the clouds.

These Polish writers helped me with my homesickness.  They gave me back a past and a homeland I had never personally known, but they weren’t the only ones I reached out to.  I came to realize that there must be other immigrant kids like me with a homesickness that was only lessened by listening to the voices I left behind in the old country, the stary świat as my father would say.  But it wasn’t easy to find them back in 1980.  When I turned to Polish-American writing to read about how the immigrant children of Poland shaped this American world into words, I drew a blank.  I searched for these Polish American writers and couldn’t find them.  They weren’t listed in the card catalogues of the libraries I searched; they weren’t on the shelves of those libraries either.
I asked my colleagues who I taught American Lit with if they knew of any Polish-American writers.
And what did they say?
Nothing.
For all their considerable knowledge, they couldn’t tell me about any books about the Polish-American experience.
And what did they do then?
They shrugged.
As far as my colleagues knew, there was no Polish-American writing.
Of course, I wasn’t the only one who noticed this.   In 1988, the great Polish-American scholar Stanislaus A. Blejwas wrote an impassioned essay for Polish American Studies called “Voiceless Immigrants” in which he deplored the absolute lack of Polish-American writers and discussed why this literature “does not exist.”
But it did exist.
Somehow I heard about a young poet named John Minczeski up in Minnesota who was putting together a collection of Polish-American writers.  It was to be called Concert at Chopin’s House, and it changed the way I looked at literature and the way I saw myself as a writer and as a Polish-American.  The collection he edited and the writers he chose for that collection pointed me in a direction I’ve been traveling in ever since.  He and those writers have not only given me Poland, but they have also given me America, a Polish America.  They have given me the words and images, the ideas and emotions, that have allowed me to feel at home in Poland and in the United States.  I no longer feel hobbled being an immigrant.
Concert at Chopin’s House lead me to Anthony Bukoski’s Twelve Below Zero and his other great collections of stories about Polish Americans, to Linda Nemec Foster’s deeply felt and joyful search for her Polish roots in Amber Necklace from Gdansk, to LeonardKress’s translations of the great Polish poets, to John Minczeski’s Letters from Serafin, his verse memoir of the life of his Polish immigrant family, to Mark Pawlak’s book about growing up in Buffalo (Buffalo Sequence), and on and on and on.
There are so many brother and sister writers writing and singing about Poland and what it means to them that there’s no time to listen to the voice of homesickness.
Posted by John Guzlowski at 8:27 AM