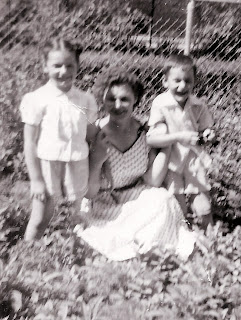 Recently, I was following a discussion on Facebook about reparations from the German Government to people who suffered in the concentration and slave labor camps in Nazi Germany.

The discussion centered around whether or not financial reparations can actually compensation for that suffering.

The answer seems obvious to me, but let me tell you anyway.

There are no repayments, no restitution for what happened.

She got a lump sum from the German government of about 1500 bucks and a monthly allowance starting in 1990 or so of $32 per month. When she died in 2006, the monthly check had increased to about $87.

The Germans were never able to find my father's paper work from his time as a slave laborer, so they said he had no proof that he was in concentration camp for almost 5 years.

A German guard had destroyed his eye and left a scar from one side of his head to the other. When my father died in 1997, they sewed his eye shut and puttied in the scar. The broken eye and scar were not sufficient evidence of incarceration.

Because he had no proof, he got no reparations. He spent a couple years working through various Polish legal aid groups trying to get reparations. He finally decided that the money he was spending to get the reparations wouldn't get him anything and he stopped pursuing reparations.

My mother used to say that the Germans killed her mother and her sister and her sister's baby, and put my mother in a slave labor camp for 3 years and then gave her 30 dollars a month for compensation. It wasn't enough. Nothing was enough.

Sometimes my mother would laugh about this.

By the way, just this past summer, 20 some years after my dad last applied for reparations from the Germans, the US Holocaust Museum sent me jpegs of 15 documents. A number of them prove that my dad was eligible for reparations.

I wonder why the German government couldn’t find them.

The photo above of my mother, my sister, and me was taken by my father two years after we arrived as displaced persons in the US.

Here's a link to a wikipedia article on World War II war reparations.  Click here.
Posted by John Guzlowski at 10:13 AM 3 comments:

In the photo, she stands behind a crescent moon.

Behind her there are clouds, behind the clouds there is always what is always before her eyes. Her mother dead on the floor, her face redrawn by the bullets from the guns of the soldiers. Her raped sister, a dead rag on the floor. The baby kicked until she wouldn't cry.

Before my mother, my sister and I smile.

An Ekprhastic poem is a poem that comments on another art form.  "Ode on a Grecian Urn" by John Keats for example is an Ekphrastic poem.