I've given a lot of thought and feeling to suffering over the years.  My father spent 4 years in a concentration camp in Nazi Germany, my mother spent three years there as a slave laborer.  They were people who knew genuine and constant suffering, suffering that they were afraid would not end until it killed them. My father had seen friends beaten, hanged, castrated and crucified.  My mom had seen her mom and sister raped and murdered, her sister's baby kicked to death.
Both of them carried the scars of the suffering all their lives.  My dad’s scars were psychological and physical.  My mom’s were mostly psychological.  Did the suffering make them better people, people closer to God, people uplifted?  I don’t think so.
What the suffering taught them was that the world was too often a terrible place, a place where what you most held dear was liable to vanish in a cold wind.  I don’t think either of my parents thought that sorrow was a gift that God gives us.  My parents were uneducated people, farm people.  Suffering was a prod used to teach the recalcitrant horse or cow or mule to do what you wanted it to do.  If my parents were lucky, the guards in the labor camps would use suffering only this way, as a prod.

If my parents and the other people in the camps weren’t lucky, the guards would impose suffering just for the pleasure of it.  My father told me about the January night when the men from his barracks were chased out and made to stand in the snow and cold so that the guards could enjoy watching men fall to their knees and freeze to death. My mother told me about the woman guard who threw an infant into the wind and shot it for sport.
Suffering of all kinds was to be avoided.
And what should you do if you see some one suffering?
Here's what my father taught me:
He believed life is hard, and we should help each other.  If you see someone on a cross, his weight pulling him down and breaking his muscles, you should try to lift him, even if only for a minute, even though you know lifting won’t save him.

Here's a link to more info about my forthcoming book about my parents: Echoes of Tattered Tongues: Memory Unfolded.
Posted by John Guzlowski at 10:42 AM No comments: 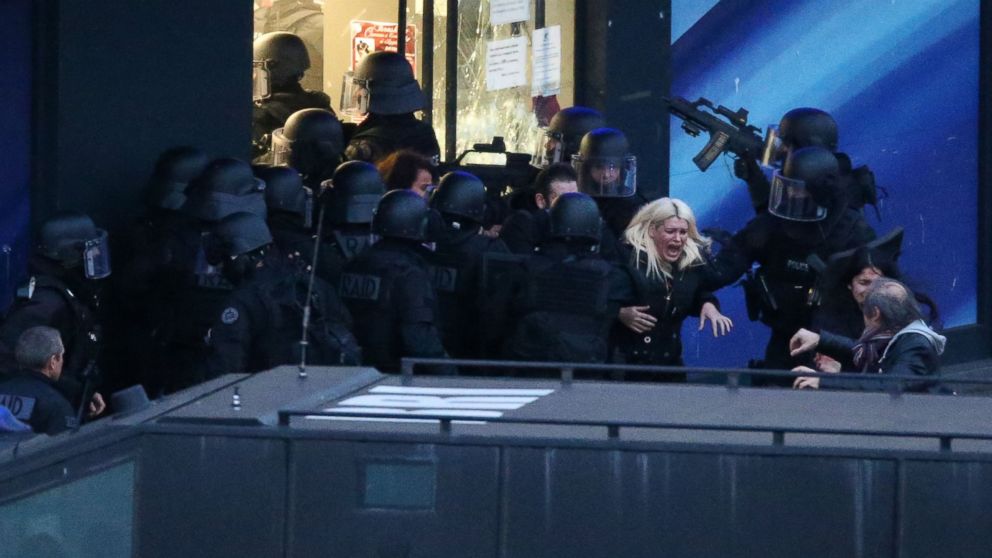 People being evil?  Why do they do it?

I don't know.  But they seem to be doing it a lot more.  There was that book that came out last year or the year before about how civilization is more civilized than it was in the old days.

I find that hard to believe.  I remember giving a reading/presentation about my parents for a class of college students studying genocide.  I don't know if the students learned anything but I learned that more people have died of genocide since the UN establised it's policies against genocide in the early 1950s than died in the Holocaust.

I'm always astonished when I find out stuff like that.  I look around my house and my neighborhood and my city and my state and my country, and I see that sure there's some bad people here and there but where are the millions of bad people who are ready to kill millions of their neighbors.

One of my favorite journalists is Rszyard Kapuscinski (a Pole who grew up under communism)  who wrote a book called Shadow of the Sun about his travels among the genocidists of Africa.  He went here and he went there trying to track down the causes of the killing.  They were always absurd, meaningless, trivial.

What I took away from that book is that people can do bad things for the most absurd, meaningless, trivial reason and no law of God or man can stop them.

My father felt that all Germans were evil.  When I was a kid, he wouldn't let me play with kids with German names like Mueller or Rickert or Hauser.

Was he right?  I asked my mother what she thought of the Germans.  She said some were good, some bad.

I guess that's what we have to remember.  Some people can be bad, will be bad.

So here I am a 67 year old still trying to sort out the truths my parents left me.
Posted by John Guzlowski at 5:58 AM 1 comment: