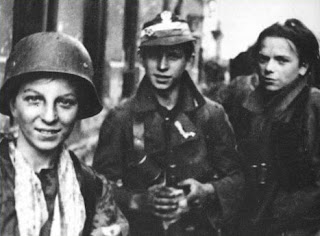 On August 1, 1944, the Polish resistance and the people of Warsaw rose up to throw off the Nazi oppressors. The Poles fought with guns, bricks, stolen grenades, sticks, and their hands and teeth. The Nazis retaliated with tanks, bombers, and fire.

63 days later the last Poles surrendered to the Germans.

250,000 men, women, and children were killed in the fighting, and the city of Warsaw was leveled by the Germans.

As a boy growing up, I would often hear my father talk about the fight the Poles made in the face of German military superiority. He would talk and sometimes he would weep for the dead.

My father wasn't there, of course. He had been taken by the Germans to Buchenwald Concentration Camp several years before. But when he talked about the Warsaw Uprising, he spoke like a man who had been touched by something that he would never forget.

I tried to capture this in a poem called "Cross of Polish Wood."

A CROSS OF POLISH WOOD

The fall of Warsaw taught him to pray
sent him to his knees in Buchenwald
to the nails and the lead
and the clean-planed Polish wood
Posted by John Guzlowski at 10:31 AM 6 comments:

What My Father Ate: A Reading 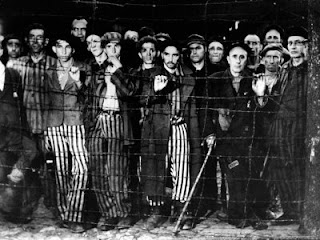 My father spent more than 4 years in Buchenwald Concentration Camp as a Polish slave laborer. He was captured in a round up when he went to his village north of Poznan to buy some rope. When he was taken by the Nazis, he was a kid, just 19 years old.

A lot of times when he talked about his experiences, he couldn't help telling me about how hungry he was for those four years. He said that most days he got about 500 calories of food. Once when he complained about the food, the Nazi guard hit him across the head with a club. From that day on, my dad was blind in one eye.

When the Americans liberated the camp, he weighed 75 pounds. He was one of the lucky ones. A lot of the guys in the camp didn't make it.

I've written a lot of poems about how hungry he was during those four year. The following is one of them. It's called "What He Ate." It appears in my book Lightning and Ashes. Here's a youtube of me reading the poem. I'm posting a copy of the poem itself after the video.

What My Father Ate

He ate what he couldn’t eat,
what his mother taught him not to:
brown grass, small chips of wood, the dirt
beneath his gray dark fingernails.

He ate the leaves off trees. He ate bark.
He ate the flies that tormented
the mules working in the fields.
He ate what would kill a man

in the normal course of his life:
leather buttons, cloth caps, anything
small enough to get into his mouth.
He ate roots. He ate newspaper.

In his slow clumsy hunger
he did what the birds did, picked
for oats or corn or any kind of seed
in the dry dung left by the cows.

And when there was nothing to eat
he’d search the ground for pebbles
and they would loosen his saliva
and he would swallow that.

And the other men did the same.

The photograph at the start is by Margaret Bourke-White, an American woman reporter and photographer, one of the first people in Buchenwald after the liberation. Her story and some of her photos appear in her memoir of being with the advancing Allied army, Dear Fatherland, Rest Quietly (1946). The book is out of print but some libraries may still have a copy. You won't regret tracking it down.
Posted by John Guzlowski at 3:23 PM 3 comments: 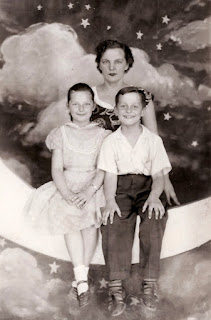 "Beets" is one of four poems I wrote after watching Schindler's List with my mother. She wasn't the kind of person to talk about what had happened to her in the war, the way the Nazis killed her mother and sister and her sister's baby, and the years my mom spent as a slave laborer. Most of the time when I asked her about her past, she would wave me away and tell me simply a piece of wisdom she learned in the camps: "If they give you bread, eat it. If they beat you, run away."

This changed after we watched Schindler's List together. She liked the movie, thought it was powerful, but finally judged it inadequate. She said that no film could ever capture the things that happened in the camps. After saying that, she started telling me a series of stories about her life in the war. The poem "Beets" is one of those stories.

"Beets" appears in my book Lightning and Ashes (available from Amazon and Steel Toe Books).

I posted another poem in this series about the stories my mom told about the slave labor camps earlier. It's called "What the War Taught Her" and you can see the reading by clicking here.
Posted by John Guzlowski at 6:37 PM 3 comments: